Recognizing the Symptoms of a Toxic Employee 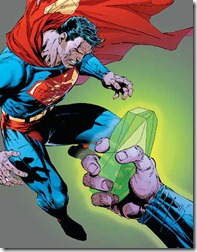 There are all kinds of toxicity, and each one has its own unique ability to undermine your business. Just as kryptonite is deadly to Superman, a toxic employee can sap the strength of your operation by contaminating the work atmosphere in a way that affects morale, productivity, and even customer relations. And like any disease, a toxic employee can subtly spread counterproductive attitudes and actions to other employees. Employees who were productive but lacked the strength to overcome the negative forces become carriers of the disease, and so the toxicity spreads. Over time, the entire company can be infected.

And like any disease, a toxic employee displays symptoms that you can recognize, so you can head off the spread of negativity and keep your team productive and positive. Here are just a few of the symptoms to look for:

A general negative attitude: Unhappy employees exude negativity, and many times you can’t correct the situation to make them happy. Such workers are often quick to anger. They don’t get satisfaction from their job. They don’t want to be at work, and they take their dissatisfaction out on their coworkers. Such malcontents often snap easily and their coworkers tend to walk on eggshells around them.

Unwillingness to take responsibility: This often reveals itself in backstabbing and blaming others. Every problem or criticism is someone else’s fault. These employees play the classic victim, constantly complaining they don’t have control over their own workload or the outcome of their efforts. They rarely do anything to affect positive change in their own lives, and spend their energy complaining and blaming others rather than seeking solutions.

Gossip. Gossiping workers tend to create cliques and form groups that promote conflict. These are employees who bring others into their circle in order to promote an “us versus them” environment. Often they have charismatic personalities that they use to divide rather than bring together their coworkers.

Sabotage and insubordination. These troublemakers go to the next level to deliberately make their coworkers and even the company look bad. They try to build themselves up by undermining others.

Clock watchers. These employees feel their job is to show up, period. They often waste their work hours shopping online, emailing friends, surfing the web, hanging out on Facebook, or finding other ways to occupy company time without being productive. Such employees don’t value their role with the company and have no qualms about wasting company time and getting paid for it.

Unprofessional and inappropriate communications. These workers use the company email system or communications channels to send snarky messages or forward off-color or inappropriate jokes. Or they engage in loud phone calls that include personal details or details about someone else’s life that no one else needs to hear.

Inappropriate use of social media. This is a new arena that is causing chaos within companies. Social media can be a valuable tool to nurture professional connections, but it becomes a dangerous problem area when employees become “Facebook friends” with colleagues and bosses. Often they let things slip online that are hurtful and negative, such as Tweeting about the boring sales presentation they have to sit through, when the sales manager or CEO is a Twitter follower. Much of this toxicity can be removed with education, but be wary of repeat offenders.

Bullying and harassing coworkers. These employees use intimidating or demeaning words to criticize other staff members. These corporate bullies will highlight other people’s mistakes in very public forums, pointing to others as examples of “what not to do.” Such employees may know their job, but they can become highly toxic if they are put in charge of training a new hire. The results of putting such people in management roles can be demoralizing, if not devastating.

These are just some of the symptoms of a toxic employee. If you want to learn how to deal with these problem workers, please join us on November 3 for “How to Fire a Toxic Employee.”